How To Make A Lego Movie For Absolute Beginners 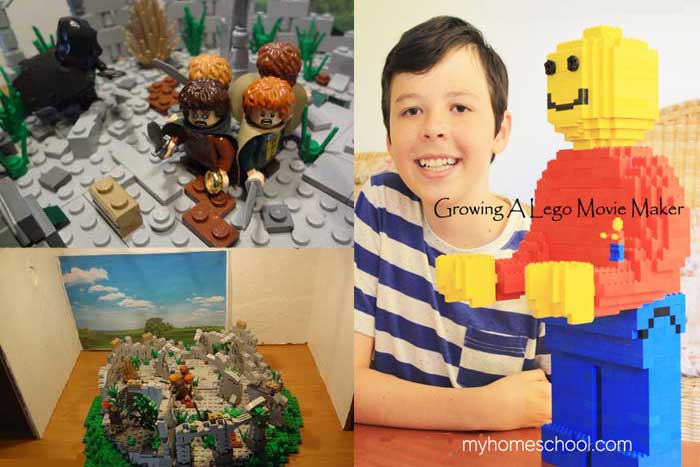 How To Make A Lego Movie For Beginners

Update 2021: My son started stop motion animation when he was about 8. He called them click movies. Now he is in his twenties, he’s completed a Masters in 3D animation and he works as in the art department of a film studio as a 3D animator. His hobby turned into a career. Here is his website. 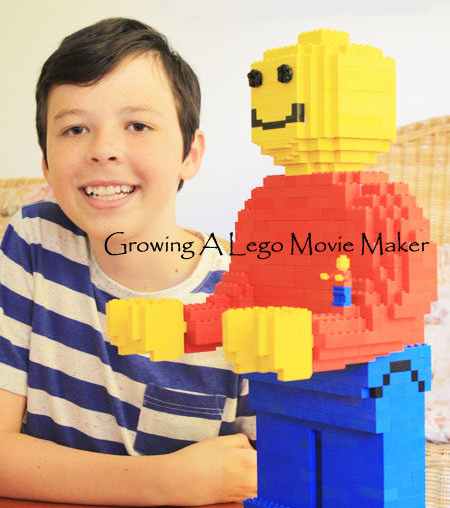 We have always loved Lego in our home and with four children we have a lot. It’s always been a popular toy but now my son has taken it one step further and learnt how to make a Lego movie with it.

Lego has become the characters and sets for his movies. He began teaching himself how to make a Lego movie about 4 years ago when he was 11.

How To Make A Lego Movie – Tips

If your child is keen to learn how to make a Lego movie then here are a few tips to help them get started and make it work. I’ve learnt these by watching my son and helping him find solutions. I also had to check a few facts with my son to get the facts right.

How To Make A Lego Movie – Camera and Software

There is a lot to learn about how to make a Lego movie including software and how to do stop motion animation. There are quite a few stop motion apps around for iPads but we haven’t used them.

Monkey Jam is a free stop motion animation software for beginners. It uses a webcam and the images can be stored straight on to the computer. You cannot easily use an SLR camera with this program (believe me we tried for hours).
We use an SLR Digital camera with Adobe Premier pro.  You have to transfer the pictures to the computer but you have greater control over the focus and angles. Using a tripod with your camera will ensure that the shots don’t wobble. To get a smooth picture you can aim for 24 frames per second.

Dragon Frame is the ultimate program that many professionals use.
https://www.dragonframe.com/

How To Make A Lego Movie – Sets and Lights

Having a set will make the Lego movies look so much better. It removes all the unwanted backgrounds and helps set the scene for the movie. Having a set also makes it easy to pin on different backdrops for a scene. He uses images that he prints off from the computer to make his scene backdrops. 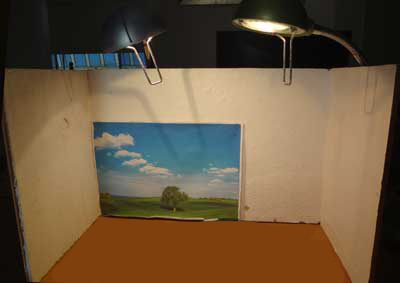 Here is my son’s simple set. He made it will some wood and painted it white.

When making your Lego movie you want good bright pictures. You will need to add some lighting. We just use three desk lamps that stretch over the set. We also try to block out other lights. See in the back of this picture below we have left a door open and you can see the light from the window. That’s not good. We usually block out the windows, close doors and shut blinds. 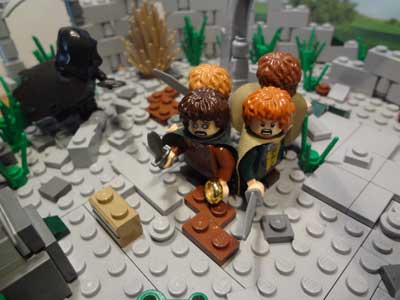 Lego movies also need props and this often takes the most time to organise but it is what makes the stop motion animation. Here is his Lord of The Rings set that he is starting work on.

You can see the background in the right hand corner of this picture. 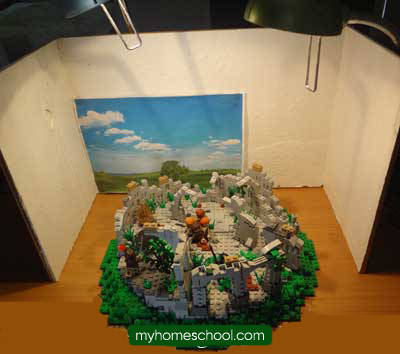 How To Make A Lego Movie – Find A Story

It always good to know what the story is going will be. A story board can also help them make their ideas come to life. They will be limited by the type of Lego that they have.

Getting Your Lego Characters to Act.

For mini figures to show emotion it is good to be able to have multiple heads for different expression.

Lego character walking is simple enough but you can make it look smoother depending on how many shots you use for one step in a stop motion animation.

Here is a tutorial on simple brick film walking.

Adding sound effects is in the editing phase of the how to make a Lego movie. To add sound effects we usually use freesound.org and music found online.

The last thing you need to know about how to make a Lego movie is how to be patient. My son’s last Lego movie took him about 6 months to make.

P.S. His film has been selected for the Little Big Shots Film Festival 2015.

PPS: He now has a Masters in 3D digital art and works as an artist for a major film studio.